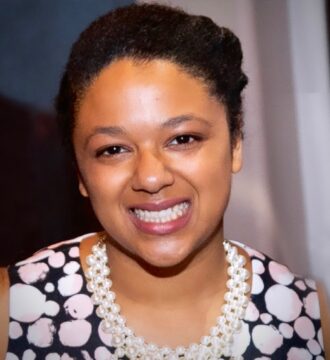 Devon McLeod is a business minded, Marketing & Consulting Industry focused junior executive who holds a Bachelor of Science in Business from New York University Stern School of Business. Devon was a Martin Luther King Jr. Scholar at NYU, President’s Service Award Winner, and John Stevenson Leadership and Community Building Award Winner. Her expertise lies in diversity and inclusion work and event production. Her breadth of event knowledge spans from large scale festival productions, to weddings, to intimate cultivation dinners. Currently, Devon is a Field Marketing Coordinator at Wunderkind and a Wedding Manager at The Get Together Events Co. in NYC. Ms. McLeod has also held a position as the Coordinator of Major Gifts and the Young Patrons Circle at the New York City Ballet. She is the NYC Director at the New York Institute of Dance & Education Inc, the New York Dance Festival, and Reaching For Higher Ground Consulting. She also worked as a Production Assistant at Once the Musical on Broadway and is the Community Outreach Chair of the Kaleidoscope Dance Theatre Board of Directors, a 501c3 non-profit organization. Devon is the NYC Rehearsal Director and a First Company Soloist for the Kaleidoscope Dance Theatre/Sean McLeod Dance Experience. Over the past several years Devon has acquired multiple levels of certification in McLeod Technique Modern, Reinforced Motor Function and MT Apparatus, and has travelled extensively internationally and in the US teaching and assisting in Workshops, Master Classes, and Teacher Certifications.