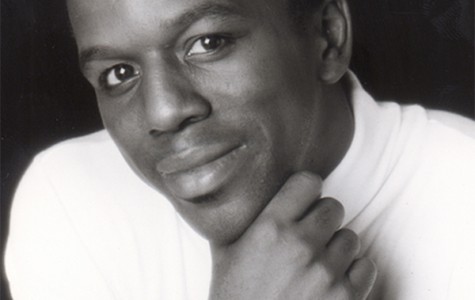 Sean McLeod is an Executive Producer, Award Winning Businessman, and American Choreographer whose work spans more than 30 years and 3 continents including New York City, across the US, and internationally to the West Indies, the Caribbean, Europe, and Africa.  Sean is founder of Reaching for Higher Ground Consulting – a Communication, Performance, and Development Company, President of Kaleidoscope Dance Theatre, and is Executive Producer of the Harriet Tubman Freedom Music Festival, New York Dance Festival and the Global Dance Initiative.  He has worked with several Senators and Congressmen and is a Conference Designer, Fortune 500 Executive Life Coach, Mediation Expert, and Motivational Speaker that uses the arts to teach Personality Development and Emotional Development for Corporations and Executives. He teaches Life Skills to Teens, habit shedding to Adults, and racial innovation Training for schools & universities.

Sean McLeod is President of the New York Institute of Dance & Education and the recipient of countless awards including the coveted Jefferson Award for Public Service to America founded by the late Jacqueline Kennedy Onassis, the New York State Liberty Award (the NY Senate’s highest honor), and the NAACP Trailblazers Medal of Honor.  Sean was inducted into the Auburn Music Hall of Fame and is presently working with the legendary Wycliffe Gordon on new arrangements of “A Soundtrack for Harriet Tubman,” a suite of songs he composed nearly 30 years ago. Sean is noted for promoting talent everywhere he works and has personally awarded over 400 thousand dollars to established and emerging artists.

Mr. McLeod attended the Conservatory of Dance at the State University of New York at Purchase and has established himself as successful Consultant and Executive Corporate Advisor. An expert creator, strategist, and wordsmith, he assists CEO’s and their teams connect their products with greater audience understanding and appeal.

Sean is a Master Teacher and acknowledged developer of movement systems, most notably his codified McLeod Technique “MT”, MT Afro Hip Hop, Training For Athletes – TFA , and Reinforced Motor Function ® RMF which are taught globally. Mr. McLeod works in New York City as well as in major cities across the Globe. He is an expert in Emotional Development, Personality Development and Body Alignment and created the syllabus for university study at the State University Of New York at Cayuga College that he also taught at RIT. Sean developed the Black Ballet Discovery Project, the Black Ballet Creative Workshops, and launched the Black Ballet Choreographers Symposium and Commission Conference in LA in 2018 launched with Denise Saunders Thompson and the International Association of Blacks in Dance. He believes you can be anything you want, provided you prepare yourself, share immensely, and help others be significant too.

As a Black Intellect Sean has had countless commissions from Universities to the Federal Government. He has provided master classes, taught, or lectured about business and the arts for several colleges and universities including Wells College, Syracuse University, Rochester Institute of Technology, Howard University, Purchase College, Adelphi University and more.

For nearly 30 years Sean has led the Applied Study Program at NYIDE providing business, teaching, and performance training for college students, emerging and professional dancers, and dance teachers.  That program led to the creation of a Partnership with Cayuga Community College where Sean’s turn key and time tested dance development programs were introduced through the Continuing Education division of the two year college.

As a Black Choreographer Sean has had countless commissions from Universities to the Federal Government. At the beginning of his career Sean McLeod used choreography and dance to present experiences that challenged the way minorities and people of color are seen in contemporary society. 30 years later Sean additionally uses movement to help women and girls around the globe to find their self value in life and survive well in dance. Sean McLeod is an altruistic “believer in people,” whose purpose is moving people to tangible action, personal responsibility and aiding those in social conflict.