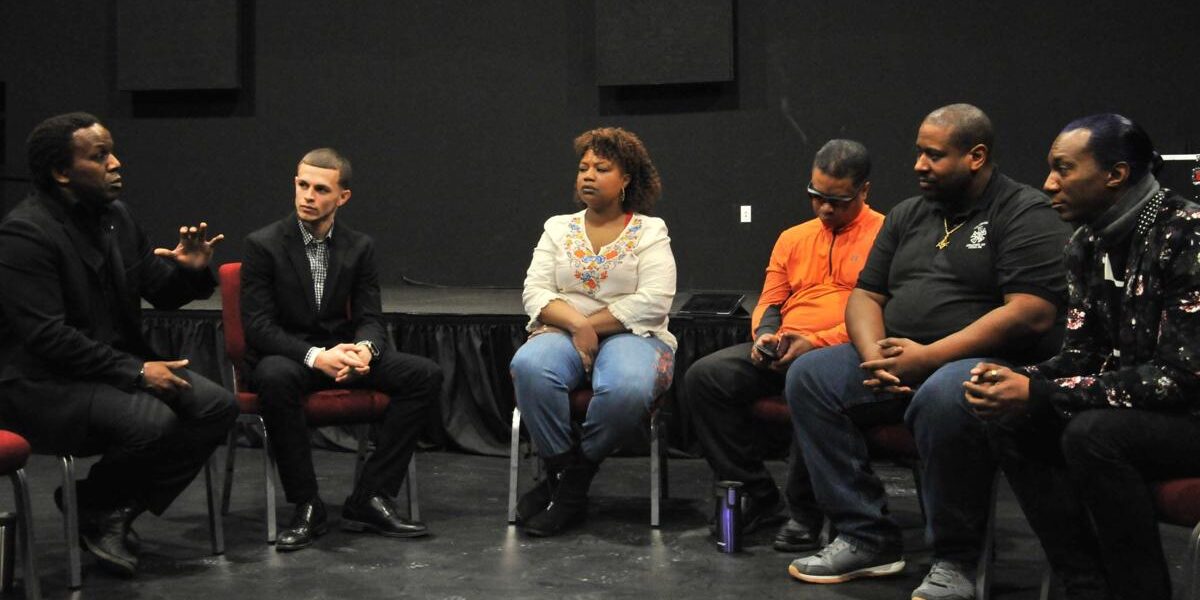 SYRACUSE — Sean McLeod said he wanted to create a space where men could express themselves.

In the Footsteps of Martin: A Conference for Men, allowed McLeod to do that, he said. McLeod, founder of the event, president of the Auburn-based New York Institute of Dance & Education and founder of Reaching for Higher Ground Consulting, joined various panelists who spoke about topics such as what it means to be a man and a man of color — though McLeod noted that the event was for everyone — at the Salt Space Theater in Syracuse Saturday.

The panelists spoke at a general panel discussion as part of a two-day event that included various panels throughout the day Saturday, and a concert Saturday night following an event at the new Equal Rights Heritage Center in Auburn Friday. In the Footsteps of Martin events have also been held in the past…