FeaturesDay in the Life of Dance Dance as Empowerment: New York Institute of Dance and Education 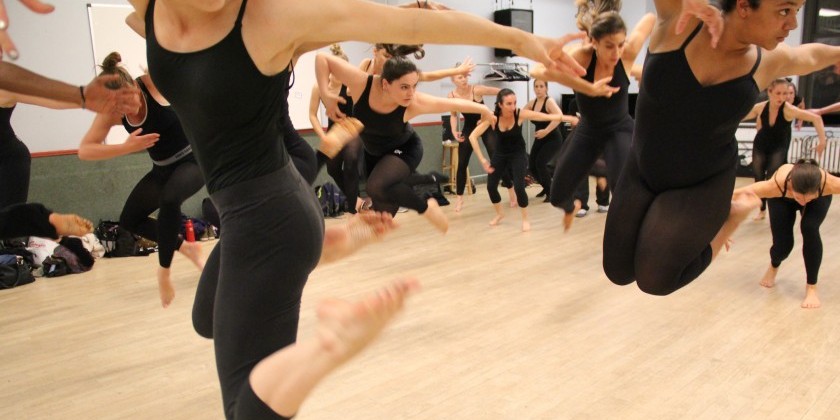 Dance as Empowerment: New York Institute of Dance and Education

Sean McLeod, founder and face of the New York Institute of Dance and Education, makes his expectations clear at the beginning of his two-hour workshop at Ripley-Grier Studios. His addressees are a group of three-dozen black-clad young people, mostly women, their faces shiny with eagerness. He has four rules:

3.     Do not do or say anything that could hurt someone else’s feelings.

These rules aren’t arrived at arbitrarily; careful thought has been placed into their construction to guarantee everyone of a good time. The first rule is to ensure that everyone stays safe. The room is small and packed with moving bodies; hence, the reiteration of rule one. The third underscores what McLeod calls his primary product — the emotional development of a person. The fourth reminds the dancers of their purpose at these workshops: Although the festival will culminate in an audition for the organization’s associated company, Kaleidoscope Dance Theatre, the goal is to grow, not just as a dancer, but also as a human being.

Before the movement portion of the class begins, McLeod instructs the students to greet everyone in the room (this includes me) with a hug. He urges them to remember “you must actively teach love; otherwise, you are actively teaching hate.” His overarching goal is for his pupils to engage authentically, to share moments sincerely, and to practice mindfulness of both their surroundings and with whom they are sharing space and time.

McLeod, a dancer and seventh-degree black belt, has created two strands of movement that he integrates into his class. The first, McLeod Technique, synthesizes codified modern dance techniques (Limón, Horton, and Graham) with a pastiche of other body-based disciplines including African and martial arts. The second, Reinforced Motor Function ®, concentrates on alignment, strength, and flexibility by developing an awareness of physical actions. While many dancers use Reinforced Motor Function ®, McLeod describes it as “universally applicable” and a “complement to any movement discipline” since it deconstructs motions into understandable chunks.

Using both techniques, McLeod creates movement sequences that highlight safe and effective placement. The students perform pliés, tendus, squats, and lunges, sometimes holding the fullest expression of each action for an extended period of time. McLeod often stops class to relate an anecdote to encourage personal growth. He talks about the Super Bowl halftime show, and the inspiration to be found when Katy Perry generously split her spotlight with Missy Elliott. McLeod calls this Super Bowl story an example of a “healthy emotional signature,” which occurs when a person has the ability to share without making others feeling small.