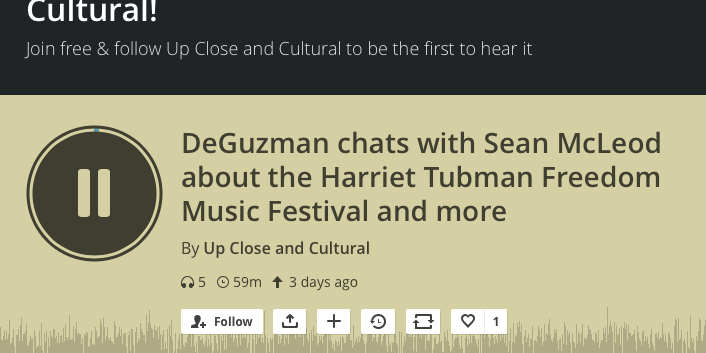 WAYO 104.3’s Up Close and Cultural host Rachel DeGuzman chatted with producer, dancer, choreographer and musician Sean McLeod about Harriet Tubman. McLeod is the founder and director of the New York Institute of Dance and Education in Auburn, New York. For its 25th anniversary in July, NYIDE launched its inaugural Harriet Tubman Freedom Music Festival.

DeGuzman and McLeod also discussed a new effort in New York State to honor the famed abolitionist and leader of the Underground Railroad as well as her planned portrait on the US $20 bill – replacing President Andrew Jackson who will be moved to the back of the bill. McLeod also revealed that some of his ancestors were led to freedom in Auburn, New York by Harriet Tubman – who was called “Moses” by William Lloyd Harrison.

This show aired on September 13 and was broadcast from the WAYO FM studio in Rochester, New York.